The Society – The Characters
Traduction : Aurélie

I made a list of the main characters in the saga.

As you’ll read the novels, you’ll meet new ones but their roles are not very important so they don’t deserve any particuler attention. I didn’t mention the network’s staff on purpose since I created a special index and you can find it in the previous article Finally , instead of telling you who is member and who is not in The Society , I’d rather give you the list of characters as they appear in the books.

If you want to discover if they belong to this mysterious organization, you know what you must do….. 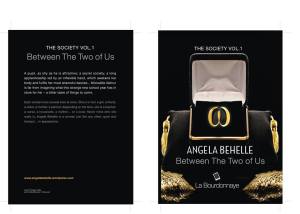 Tome 1: Between the Two of Us?

Mickaëlla VALMUR, 27, philosophy teacher in the St Haymard high school. Henri Valmur’s widow , a writer and philosopher * The high school’s name isn’t mentionned in « Between the Two of Us ». It was mentionned in another tome. I thought it would be great to give you this name.

Henri VALMUR, 64, writer and philosopher. He died 2 months before the beginning of the story .

Samuel FORGEAT, 35 , math teacher in St Haymard high school. Father to be for the 3rd time

Michel MOREL, 56 , headmaster of St Haymard high school. Self-interested, in every sense of the word

Jacques DUIVEL, 51, one of the CEOs of an important luxury cosmetics company.Mysterious, in every sense of the word too.

(In tome 1, you’ll come across Charlotte, Mickaëlla’s housekeeper, George, the essential butler in the Duivel family and finally a man named Lucas, who is still shocked as we are speaking)

Hermine DALAMBRAY, 22 , she studies journalism. Wants to be called Mina to refer to the female character in Stocker’s Dracula.

Laurence (her aunt) I’ll refer to it later in the family section.

Mathieu DESHAMEL, 59 , Journalist and headmaster at the journalism school. Partner in crime

Patrick LUILLIER, 60 , TV presenter of a famous literary show on a national channel. He’ll be back in the fifth tome.

Philippe PEYRIAC, 24, law student in Montreal. he looks like his grandfather.

To make things easier I gathered all the information here. Mina’s father and mother, except when I refer to them as mummy or daddy, I didn’t give them a proper name.

Laurence, 47 , Mina’s favourite aunt, governess for Paul Peyriac. Single and proud to be.

Nicoletta and Gabriel have 2 children: David and Valentine. Hélène (the youngest) and Gérard have 4 children : Tristan, Lilian, Constant… et the last one, Cassandra aka Cassis, due to Burgundy . 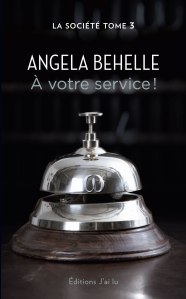 Pascaline VILLERS, aka Cali 26 , head housekeeper in a shabby hotel. Her father is a IT engineer and her mother owns a small restaurant, she has 3 brothers who are respectively 24, 21 and 17.

Daphné LEFEVRE, 26 , occasional barmaid. She is both talkative and bold.

Renaud FRECOURT, in his sixties, judge. Married to Catherine FRECOURT. We’ll talk about him in tome 4

Benjamin DAUTUN, in his fifties, Hotel Lutz manager. he constantly wants to please the DUIVEL family.

Clémence LANNIER, about 20, model. Diamonds are her best friends.

Lou-Anne MESNIL, 26, the Omega guardian. A chameleon… she can change her name or her looks.

Armelle, 34 , personal secretary in ALA. Really Pregnant and proud to be.

Anne LENOIR, 48, agent. The Brain behind ALA.

Liam LENOIR, 26 Musician. DJL If you have the impression to find less characters in this fourth tome it’s due to the fact I didn’t put the ones I already mentioned .

So the whole DUIVEL family is back, Paul Peyriac and some Lorenzo you met in the previous tome. You’ll also come across judge FRECOURT (tome 3) and his wife, Catherine, a shoemaker nicknamed Goldfinger, an accountant named Angélique, a PR named William, a boyfriend named Fabien, and even a Minister.

Stéphane BEAUMONT, 31 , executive in a bank. Overworked or underworked according to the time .

Yann LE BREUIL, 32 , star writer for the Peyriac publishing house, he is prococative and we love hating him.

You’ll come across, Mina, Paul and Philippe Peyriac, Lou-Anne Mesnil and Liam Lenoir, a friend named Cécile, Patrick Luillier the TV presenter you discovered on the second tome, Madame and her 9 lovers, one Castafiore, breeders of strange animals, and even…a former minister !!

A special mention to the Brasserie « la Coupole » which I used for some scenes . I’ll come back later with great pleasure. 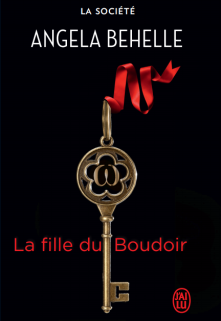 Pierre and Laurence DEHAIS, 58 and 56 , Loïck and Ludovic’s parents and current managers of the hotel.

Among the many characters that operate around our heroes , you’ll also find,

And of course we mustn’t forget, Alexis Duivel and other important members in The Society

Anita DARNA, 26, very nice and devoted prostitute, she’s also a trilingual secretary if you ask for a bill.

Mathieu, 31, Samuel’s bestfriend and his daughter’s godfather. he works as a publicist

Simon de MAUSONNEUVE. Doctor. He died 2 years before the beginning of the story. Founding member of The Society. .

In this tome you will come across a few important but anonymous members of The Society and also main actors in this network, Lou, Jill, Madame Jeanne., Michel Morel. and of course our dear Alexis Duivel.

Jean-Luc ROCHE, 52 , her father, physiotherapist too

Béatrice, (I decided it was useless to give her a family name), 61, medical secretary.

Stéphane VALLATE, 26 , IT engineer, he works for « Vallate Link Access »

Françoise, 54, housemaids with a singing voice.

You’ll also hear about the former Mrs Roche, the former Mrs Vallate, Mr and Mrs Leps and their daughter , Aline, a mysterious Xavier and a lady named Lucie.

Lou, the lovely manager in The Society will make an appearance.

At this precise moment in the saga, you won’t be surprised to find out that all these characters , are the puppets of our incorrigible Alexis Duivel. A certain Daniel might even be mentionned, but just a small mention. We mustn’t take advantage of good things, right ? 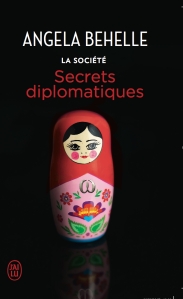 – Nicolas Briestre. 27 , student at the ENA, close to Claude Lanstier.

– Solenne , 25 , accountant and fond of the different ways to practise horse riding .

In this tome, you’ll see again Lou-Anne Mesnil, who is at the top of La Société and we also get to see Liam Lenoir, her partner, Madame Jeanne, Bertrand, and Jill will also be back. We’ll also talk about Claude Lanstier, about his personal secretary named Etienne, about an enigmatic young woman, about a journalist. Of course the staging in « Secrets Diplomatiques » is led by our dear Alexis Duivel himself.

– Victoire Hertman, journalist student. Died when she was 19, that is to say 5 months before the beginning of our story.

– Soizic Oliveti, 58, Bernard Hertman’s ex wife, David and Victoire’s mother. She got maried a second time to an italian man.

This tome puts a final end to the series. We ‘ll see a lot of former memorable characters we got to know in the previous tomes. I won’t write a detailed recap , the list would be too long and I’d like you to be surprised by discovering them while you’re reading it, and I hope it will be pleasurable.

Introduction to The Society saga and Warning about its content

Introduction to The Society saga and Warning about its content

What is The Society?

Behind each of these different stories , I’ll reveal its existence (T1), its creation (T2), its functionning (T3, T4 and the following tomes), its creators’s and some of its members’ identity (from T1 to T9).

I was careful about the succession of odd numbered tomes, which are a bit more erotically intense, and even numbered tomes, which are softer, because their aim is to reveal more information about the behind the scenes of the secret organization. In the last ones, I priviledged the plot which will lead to the end of this story and I encourage readers to pay attention to a few small details which will progressively give you all the keys .

That’s why I immediately created a big difference between the first tome , the most scandalous, and the second tome, the most conventional in the whole saga. I hope you’ll find among these 10 novels the tome that will perfectly suit your personal tastes. It’s really my main purpose.

To those who would be discouraged after reading the first tome , I remind you I did for you a small memento in the « Who’s who » index , which will allow you to collect information on the characters so you can start the saga with the second tome.

Any resemblance to actual events, places or persons, living or dead, is purely coincidental and unwilling.

Generally speaking and for all the stories belonging to this collection, the author disregarded many moral , religious or deontological rules.